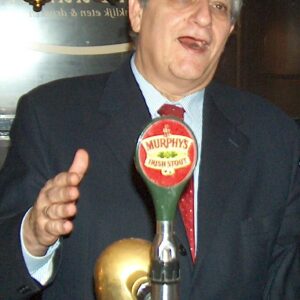 Thank you for inviting me here and I am really very much pleased to be able and to meet with you and I hope that in the coming forty-five minutes we shall have a fruitful and interesting change of use and to a certain extend even a brainstorming evening.

The time limit of course is such that it would be very naive to believe that within fifteen minutes which I was allocated it will be possible to give you an overview of what is going on now in the Middle East and to share with you the forecast and assessment for the short run and longer run periods. But I will try to be very brief and to discuss with you just the main points so it will be just the backgrounds beginning for discussion.

You know it so happened that the timing of this evening is very important for the state of Israel and for our region. Just in the last three weeks we were witnessing three very important events which might even for the shorter run but for sure for the longer run change the whole situation in our area. The first one and not necessarily in chronological order is the decision of the government of Israel to disengage from Gaza strip, to fully withdraw our military from this area, to dismantle fully the civilian settlements over there including some five, six settlements on the Northern West Bank.

This is a very important development, if you remember the background for the decision that the government decided to take these, I would say even a break through decision was that we believed at that time that we do not have a real partner on the Palestinian side.
We managed to minimize and to diminish substantially the number of terrorist attacks which were carried out against Israel by building the security fence or the wall as you call it here, by using other measures that helped us a lot, to substantially decrease the terrorist incidents which were initiated and which are against Israel. We thought it is time now to show, to demonstrate and to display our readiness to open a new chapter.

But since the Palestinian authority was still governed by Arafat and in Israel we are convinced, we were convinced that Arafat was not a partner. It was not possible for the Palestinian authority to have a serious government with which we can negotiate. The government decided to take a unilateral step and even without asking any consideration from the other side without asking for any give and take to withdraw from Gaza, withdraw from parts of the West Bank and by this proving to our people, to the Palestinian, to the world that Israel, if conditions will change, will be ready to more substantial concessions.

It was not easy for our prime minister to pass this decision in the Parliament. I don’t know how many of you have followed closely the domestic political events in Israel but at the end against many odds he managed to do it. It so happens that immediately afterwards that was not less important even more development at the Palestinian camp. All of us were exposed very widely to the news about Arafat’s illness and Arafat’s death.

This changed substantially the whole conditions in the area. Especially at the Palestinian camp, but not only over there. Wet now think that there are better chances that will enable both us and the Palestinians to help serious negotiations and gradually, step by step, to resume the political process we have to be very patient about it. We have to wait, but if we combine it to the decision of the government, which is going to be implemented starting next March, to start, to withdraw from the areas.

If the Palestinians would be able to hold their elections and to help a new chairman, a new leader of the Palestinian authority then it will be possible to resume again the political process and to put back on track direct negations between our civilians.

The American people preferred to elect Bush as their president and this President is fully committed to two very important principles. He is fully committed to security of the state of Israel and is a very good friend of Israel. On the other hand his vision is at the end to be very helpful in establishing the Palestinian state which ultimately will live side by side with the state of Israel in good neighbouring relations. This vision which he expressed two years ago and which was received in great scepticism is being now emphasized by him, again and again. We don’t have any illusions about it. The American administration is going to be more active and much more involved than before in the process in the Middle East and I think that everybody concerned should be happy that America if it will be firm on implementing these ideas, can play a very important role in bringing the two parties closer and urge us, and put us again on negotiation poses.

What is the conflict in the Middle East about? Those who are exposed only to the news which are coming in the media somehow get the impression that the conflict is about Israeli occupation of Palestinian lands. That’s all! Israel has decided some time ago, many people even don’t know it, when, how come, what are the reasons for it, decided to expand to conquer, to occupy Palestinian lands and this is the only reason for the conflict. Once the occupation will brought to an end the conflict will evaporate. People who are just watching the daily news on TV or reading columns of news items from the paper are exposed to receive this impression. This is totally a superficial and distorted description of the conflict between us and the Palestinians.

Actually this conflict between two peoples who are fighting to have their own homeland their own national state on the same tiny piece of earth which is called by us Eretz Israel , the land of Israel and called by them Palestine. The whole area is 28.000 square kilometres, less than the area of The Netherlands. Now there are more than ten million people living in this very small piece of land, half of it is desert. And over there a very few people are living. From them six million people are Jews four million people are Palestinians. Inside the green line which is the original bound ridge of the state of Israel after 1948. We have five and a half close to six million Jews living there and around one million Palestinians. The rest around four million Palestinians the whole ratio I would say five and a half million to four and a half million. Around three and a half million Palestinians are living in what is being called as occupied territories which is split to two the Gaza strip and the West Bank.
The core of the conflict is a refusal of the Arab to recognize that the Jewish people the Israelis have also a right to build their own homeland on this territory. You know, immediately after the First World War the league of nation decided that the Jewish people had the right to build national home as they called it at that time in Palestine together with the Palestinians. The mandate was given to Great Brittan to the United Kingdom in order to facilitate to prepare and to lay down the foundations for the establishment of these two national homes.

Then came the Second World War and after the Second World War the United Nations were formed. The United Nations decided in 1947 to establish two states; one Palestinian and one Jewish. And the land was divided almost evenly between the Jews and the Arabs. Israel accepted this partition. Israel accepted it in 1920 when the mandate was given to Great Brittan and Israel accepted it at 1947 and we have complied with the resolution and we have established our state. In the boundaries which were allocated to us by the United Nations. The Arabs refused, their reaction was invasion of seven Arab countries including the Palestinians who were living over there at that time to destroy the state of Israel and to beat only one state in all of these very small areas. We won the war. As a result of it there were some changes in the borders, in the boundaries and we were living in relatively peace until 1967.

At that time there was another war. Egypt at that time which was ruled by a leader called Nasser and Syria they have threatened to invade to Israel, they have expelled the UN peace keeping forces and within seven days we managed to overcome and win this war in 1976. Most of you were not alive at that time, most of you, I was under the living, the result of this war is that Israel has expanded substantially but we always emphasize that the new boundaries are transitional, are temporary and we see it only as a negotiating assets for the coming negotiations between us and the Palestinians in all to enable to both nations to help their states in Israel; Israel, Palestine you name it. The ‘73 war broke out, Egypt and Syria attacked Israel. We managed to defend ourselves but direct result with the very active American involvement towards peace agreement with Egypt, later on…..